In the field of laptop manufacturing, Dell and Huawei are known names. Both of these companies have several best laptops which are the favorite of many users according to their choice or work type. In this article, Huawei MateBook X Pro Vs Dell XPS13 will be compared in different aspects so that if you are feeling any confusion to decide which is best of these, your confusion comes to end and you can easily go for any of these. 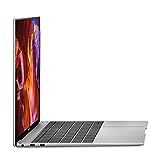 First of all, the thing which is seen to the user is the design of the laptop. If the design is beautiful and attractive than the laptop gets the attraction of the user at first sight. An attractive color combination is also an extra touch.

The design of XPS 13 is attractive and impressive. The Upper and lower cover of the Body is made of strong aluminum and its color is silver which gives a pleasant look. Inside the surface of Dell XPS, 13 is very soft touched, and light carbon covering is also present on the texture. This laptop is a very slim trim and the bodyweight of this laptop is just 2.7lbs. Due to this attractive design and lightweight, the portability of this laptop is very high.

Huawei MateBook X Pro is not less in attraction. The body of this laptop is very attractive and is made of Aluminum Aloy which is very tough and cannot bend even with the full power of both hands. To increase the versatility of this laptop, three attractive colors are available on these laptops which are Emerald Green, Space Grey, and Mystic Silver. It is very slim and is just 14.6mm thin. It is also a very portable laptop by having bodyweight just 2.9lbs.

The performance of these laptops is going side by side. Dell XPS got some advantage over MateBook X Pro at some levels. The processor which is mostly used in both laptops is Intel Core-i7 and Core-i5. Dell XPS 9360 and Huawei MateBook X Pro both have Core-i7 CPUs that belong to the 8th Generation but the model of CPUs in both laptops is different. Intel processor in MateBook X Pro is Kaby Lake but Processor in Dell XPS 13 9360 is Whiskey Lake which is an upgraded version. Turbo boost of Whiskey Lake CPU is up to 4.6GHz while it is 4GHz for Kaby Lake CPU that’s means CPU of Dell XPS 13 is better than Huawei MateBook X Pro. Remaining all specifications of both processors are the same.

Installed RAM in MateBook X Pro is 16GB while it is 8GB in Dell XPS 13 9360. The type of both RAM in both models is LPDDR3 while the speed of this memory on both laptops is also the same, 2133MHz. The type of storage in these machines is non-mechanical and is a card storage type.  Storage capacity in both laptops is 512GB while in Matebook X Pro type of storage is NVMe PCIe SSD and M.2 PCIe NVMe in Dell XPS 13 9360.

GPU of these laptops is different from each other. Huawei makes their MateBook X Pro everyday use laptops as well as gaming machine also. Due to this gaming reason, a dedicated NVIDIA GeForce MX 150 GPU is installed in this machine which has dedicated VRAM of 2GB. For general usage, a stock GPU Intel UHD Graphics 620 is also present. On the other hand, Dell XPS possesses Intel UHD Graphics 620 GPU which is an integrated graphics card and is mostly used in these laptops which are used for everyday working.

A keyboard is one of the most important parts of every laptop and plays an important role in the rating of any laptop. The keyboard layout of Dell XPS 13 is up to the standard. Keys are classical and the key distance of these keys is 1.3mm. The Backlit of this keyboard is white which makes it shiny when used at the dark places. A fingerprint scanner is also available on this laptop. The only thing which is missing in this keyboard is a separate numeric pad.

Huawei MateBook X Pro keyboard is also matching the standard. The keys of this keyboard are very comfortable with less travel distance. It is a full-sized Chiclet keyboard. Backlit is also available in this keyboard for the lamination of its keys in dark places. The power button is provided in dual function, to the ON-OFF laptop, and as a Fingerprint scanner also. Similar to the Dell XPS 13, a separate numeric pad is not available on this laptop also.

Huawei MateBook X Pro Battery backup time is very long. The capacity of this battery is 57.4-watt-hours which can last for almost 15 hours on regular work while it gives a backup time of 12 hours while playing videos and multimedia. The battery of this laptop is not removable. In Dell XPS 13, a 52-watt hours battery is used which can give the backup time up to 9 hours.

Finally, by seeing the comparison of all these mandatory specifications, it can decide that both of these are almost equally best. But due to just little advancement in Dell XPS 13, it is slight can be called better. It does not mean that other is less in quality or power that is equally good for all these workings which are associated with that. Keep commenting to encourage me for more work for you.